From time to time the Indie Engine likes to spotlight Kickstarter projects in the effort in helping
in #DrivingCreators and getting the world out!

Lost Kids: Seeking Samarkand Pt 2 (APR 25th)
Described as a love letter to the Goonies, the Dungeons&Dragons 80’s cartoon, and Final Fantasy this one is right up our alley.  Five teenagers find themselves mysteriously transported to a world filled with magic and airships.  They’ve got only one clue for returning home: find the mythical lost city of Samarkand.  Vol 1 took the group (and some traveling companions in the form of a thief, knight, and young mage apprentice) to Mitani, the City of Mages.  They’re on the hunt for the Rogue Princess Evelet.

Now, in Vol 2 the story picks right up as the teens try to find Samarkand and find their way home!

Dead Beats (MAY 9)
A Wave Blue World is back at it.  This time around they’ve got a project that hits right at the heart of this 80s/90s kid.  In the vein of a Creepshow or Crypt like anthology Dead Beats is a 160-page full-color anthology of music-themed horror comics centered around the curiosities for sale at one peculiar record store by its enigmatic Shoppe Keeper. Edited by Joseph Corallo (Oh S#!t, It’s Kim & Kim, Mine!) and Eric Palicki (This Nightmare Kills Fascists, All We Ever Wanted), Dead Beats features more than twenty comics stories and more than forty up-and-coming creators and industry veterans, as well as cover art and interstitial narrative illustrations by Lisa Sterle (Long Lost, Submerged).

This is the from the imprint that brought you the anthologies All We Ever Wanted and Broken Frontier.  Highlighting creators AWBW has another hit on their hands.

I Am Hexed #2 (MAY 15)
Witches have been a part of the political fabric of Washington DC since it was founded.  Since the 1960’s witches have taken a collective stand and have fought to take back the word “Hexed” in a movement ignited when they came out of the woodwork and showed off their broomsticks.  A junior staff member for a Senator now finds themselves smack dab in the murky and dangerous waters of political games between witches and their adversaries in an ongoing struggle for equality.  With the junior staff member being framed and the magical authorities closing in help is enlisted to try and figure it all out.

I Am Hexed is a supernatural political thriller with magic, mystery, and personal drama.

Dreadstar is the comos-spanning tale of Vanth Dreadstar, a powerful warrior and the lone survivor of the Milky Way Galaxy. Joined by his crewmates Oedi, Syzygy Darklock, Willow, and Skeevo, the team finds themselves in the middle of an ancient stalemate war between two forces of evil: The Church of Instrumentality, led by the all-powerful and misguided Lord Papal, and The Monarchy.   Volume 1 is a 512-page collection of Dreadstar’s journey, from the original Metamorphosis Odyssey presented in Epic Illustrated magazine, to the Dreadstar Graphic Novel, The Price graphic novel, the Epic Illustrated short story, and the first eight issues of the original standalone Dreadstar comic series.
The three-volume hardcover Omnibus Collection will gather the complete Dreadstar stories by cosmic master Jim Starlin.

Miskatonic High #2 (MAY 16)
In the rustic hills of a small New England Berkshire town lies the prestigious Miskatonic High School. When the Community Service Club went on a field trip, they were launched back to ancient Egypt and were nearly killed by an evil wizard and his tentacle monster. They escaped back to our century, but things will never be the same.

In issue 2 we travel to the home of Sarah Clarke and find unearthed secrets that are better left unknown.

Space Copz Origins (MAY 18)
Over 40 creators hailing from more than 10 countries have tamed up to build over 100 pages of this all-ages comic book anthology.  Every story featured in the anthology tells the tale of a character in the Space Copz Universe and how they came to be the way they are now.  There are stories about Sgt. Alpha Omega and Beta Boy starting out, tales recanting details of Paxton the Pooch’s arrival at Mercury Plains, yarns spinning of how Zeta became evil and so many more.

They’ll deal with monsters, bullies, and even things under the bed in this anthology that has laughs, twists, loops and swirls. 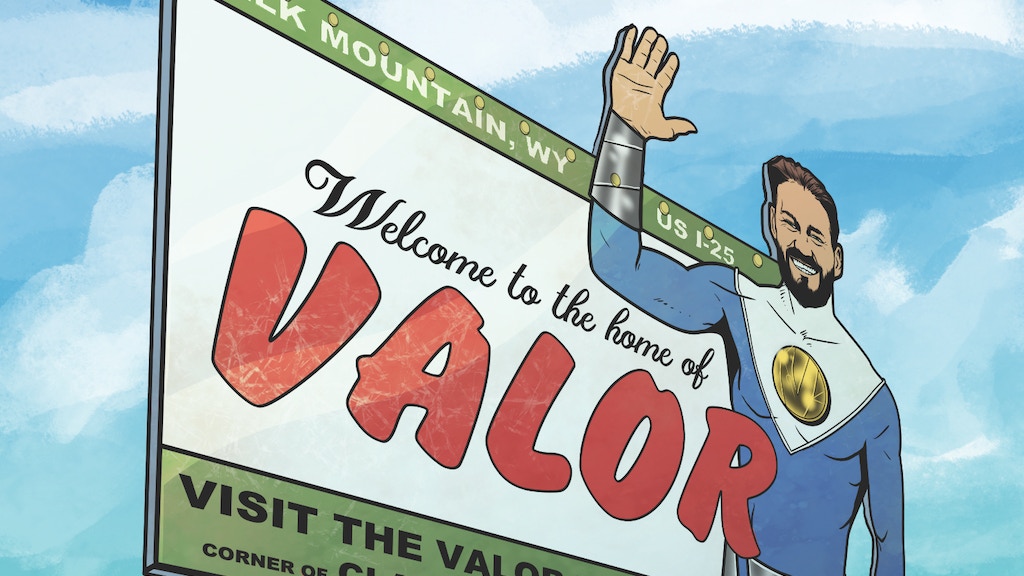 Elk Mountain Part One (May 22)
This is a story about Valor, the world’s mightiest superhero and defender of the his very own small town of Elk Mountain.  He’s from a family a Panamanian family that escaped persecution in their native country in the 1980’s.  Having come to America to free themselves of the persecution Valor’s parents fled back to Central America, fearing government retribution, right after he was born.  They left Valor behind.  Though he has grown up to be their own personal defender in light of being the mightiest superhero in the world, irrational fears about immigrants start to turn the town sour.  Our hero is faced with a struggle and tough choices as immigrants are rounded up, separated, and detained.

Elks Mountain takes a hard look at the current climate of fear surrounding immigration and how it can break apart a community in an instant.  Fear of something ‘other’ or something ‘different’ can turn even the closest of neighbors against one another.  In the case of Elk Mountain, a small town on its own hero.  Can these rifts be healed?